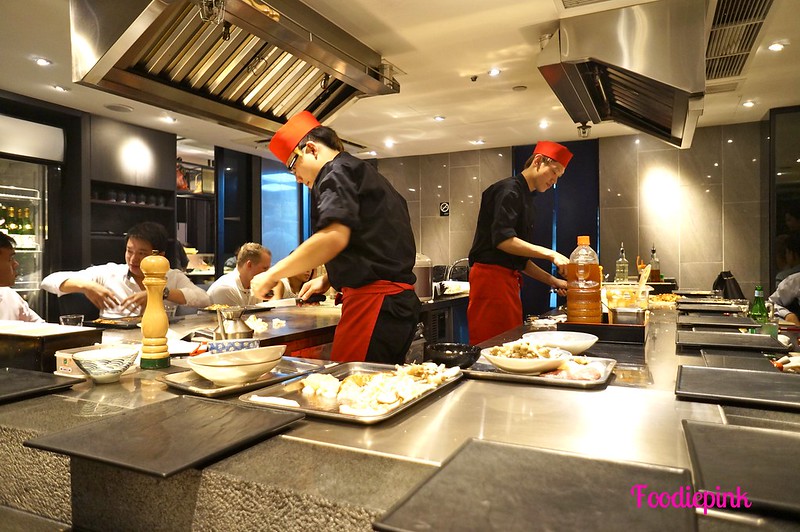 Even though Tatsu has been around for more than a decade, I’ve only tried it when it joined the revamp at Chijmes. The restaurant is tiny but polished, with a sushi counter right at the front and the teppanyaki counter hidden behind. Less than 20-seater, the teppanyaki counter was crowded and advanced booking is advised. There were 2 chefs serving everyone at a time, so do expect some delays every now and then. 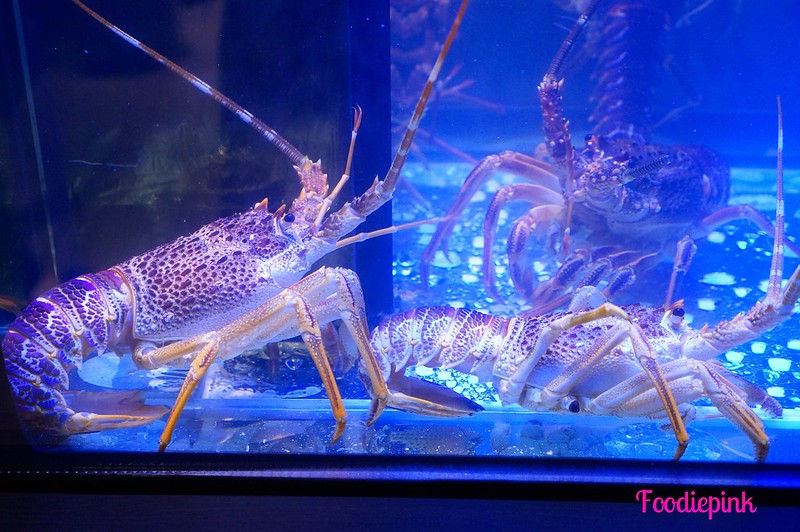 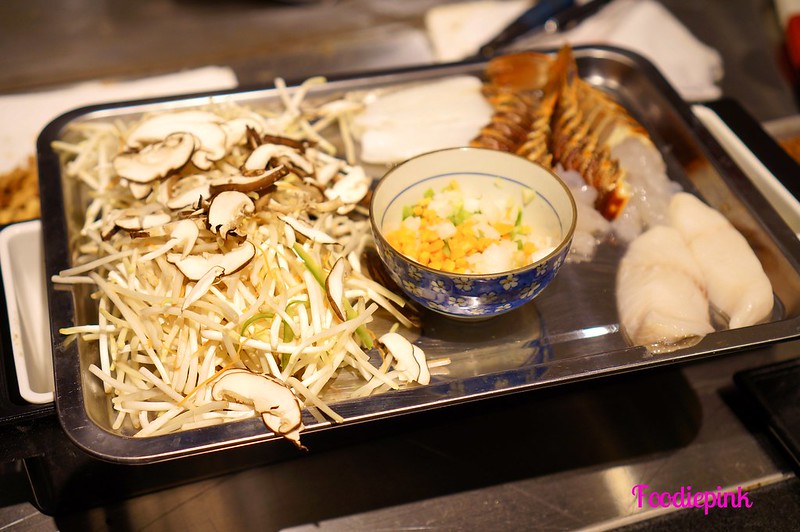 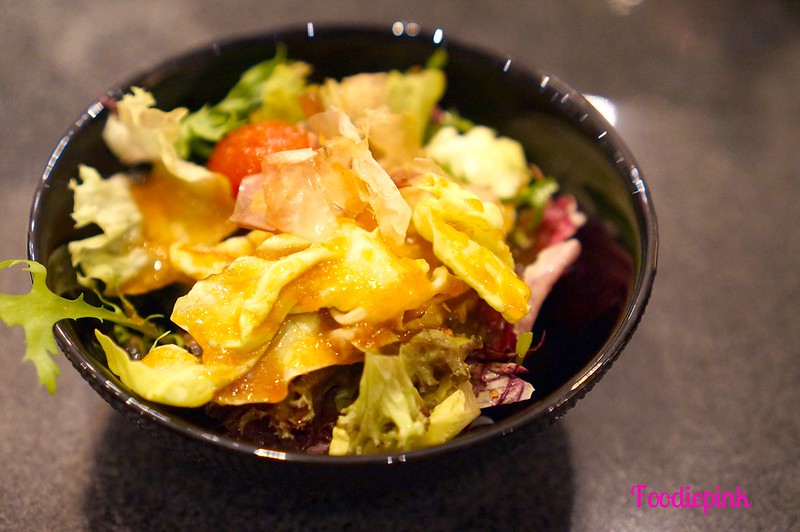 Salad – Whilst the ingredients are being prepared, we were served with some greens. 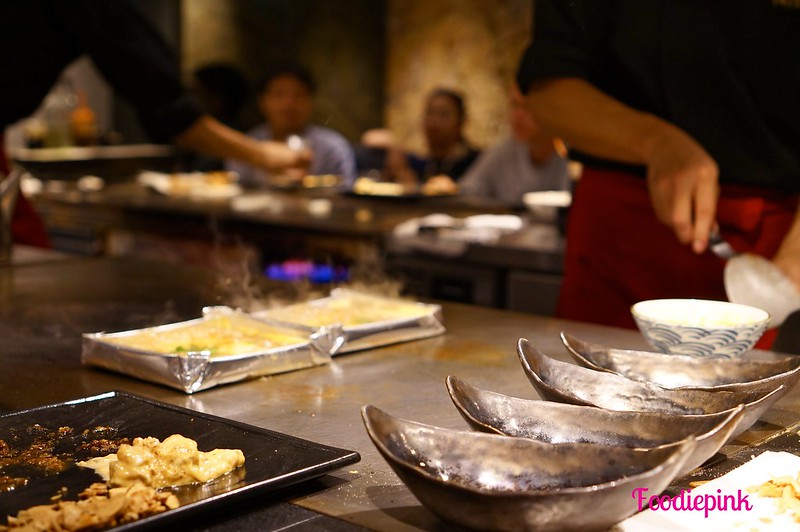 Cod fish in foil with egg in progress! I love watching my food being cooked right in front of me as it makes the wait more bearable. 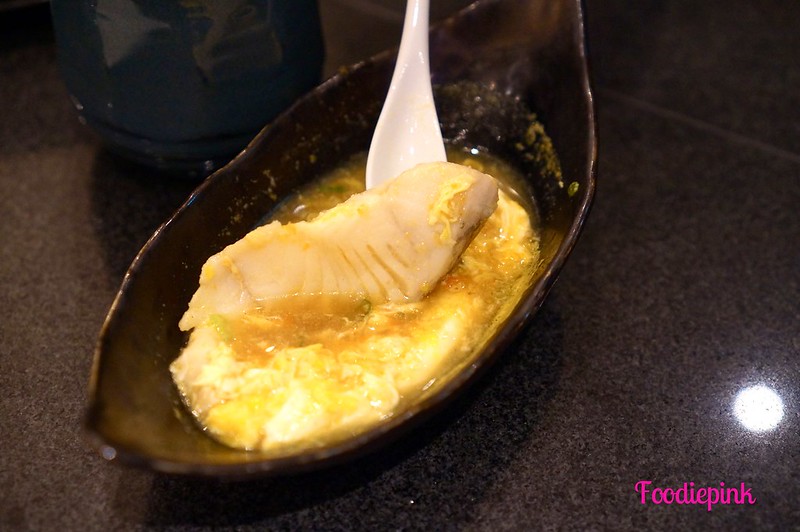 Cod Fish w Sauce in Foil – This was insanely good. The cod was well-marinated by its gravy and the texture was just right. What I love most about this dish was the egg. It was fluffy like soufflés, smooth as silk and flavourful from the sauce. Admittedly, the portion was a little minute to truly feel satisfied. 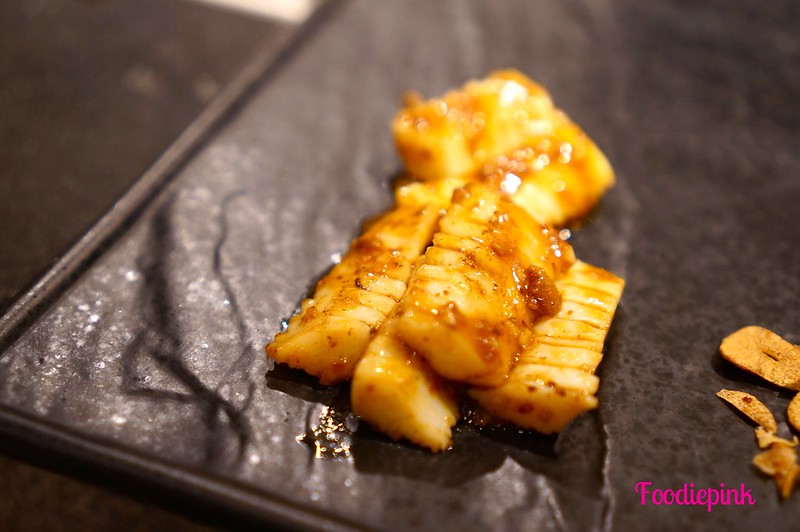 Cuttlefish – Handled with lots of garlic and miso-ish sauce, the cuttlefish was thickly cut to provide a chewier and denser texture. Honestly, as a fan of cuttlefish and squids, this dish did not impress me. See the fried garlic pieces at the right-hand corner? They are the winners. 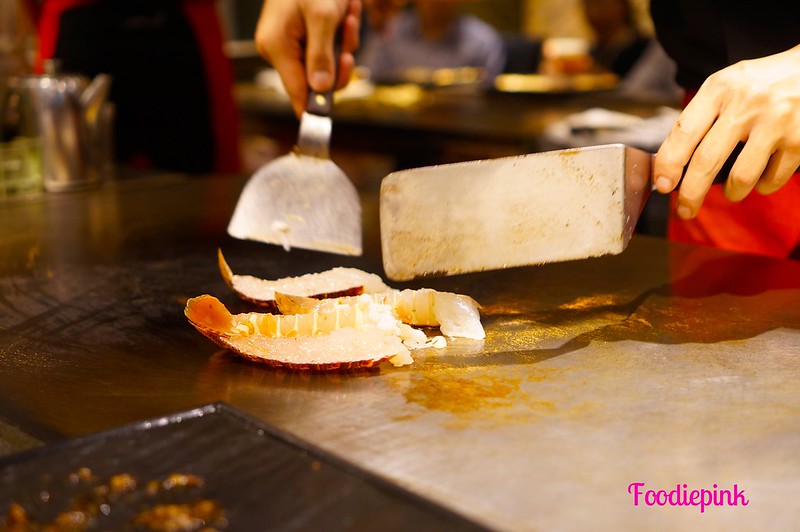 Here comes the most exciting segment of the meal! 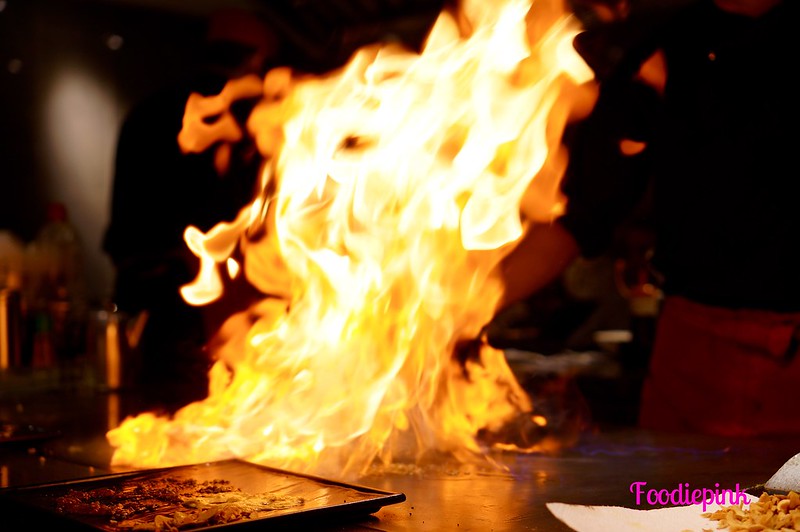 Raging fire all over the counter! 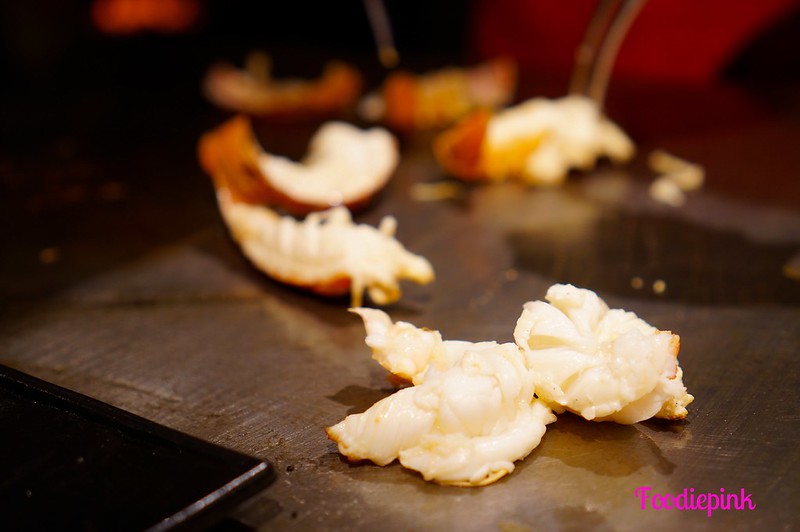 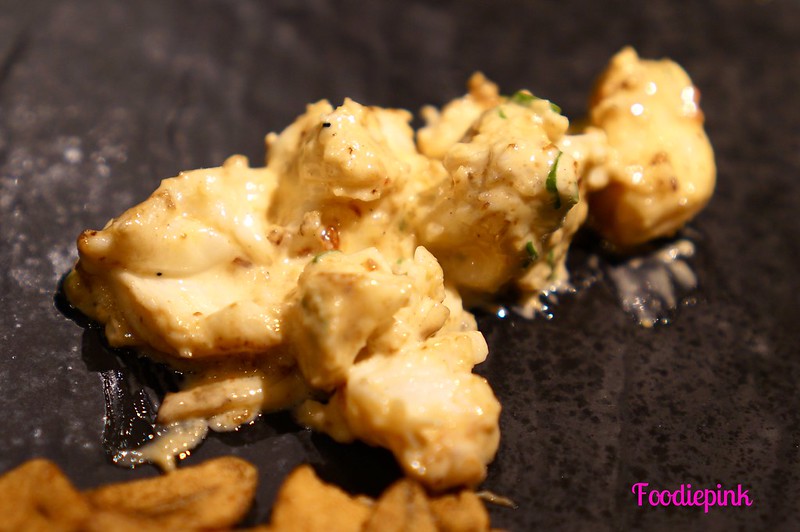 Lobster in Miso Mayo Sauce – The miso mayo sauce was made in-house and had a really nice fragrant that fondly reminded me of mentaiko mayo, but a much healthier version (which I choose to believe). Of course, nothing beats fresh lobster cooked on the spot. The lobster morsels were succulent, springy and delectable. Again though, can the lobster be larger please? Especially since each person is served only half a lobster. 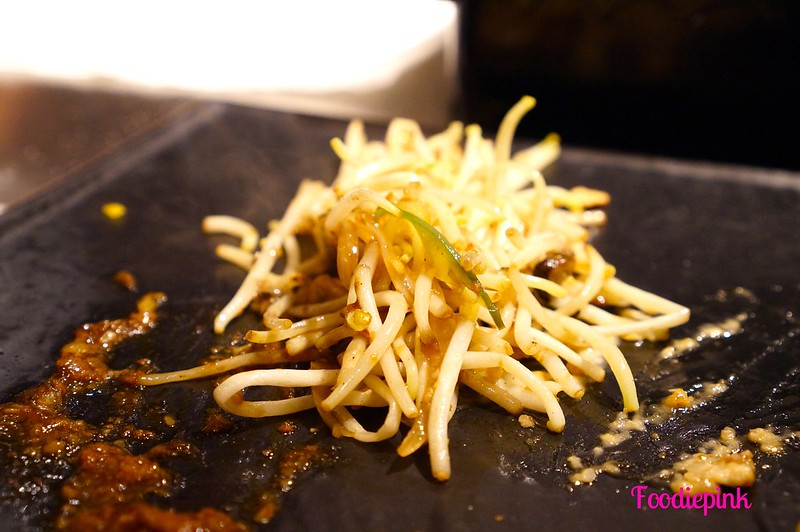 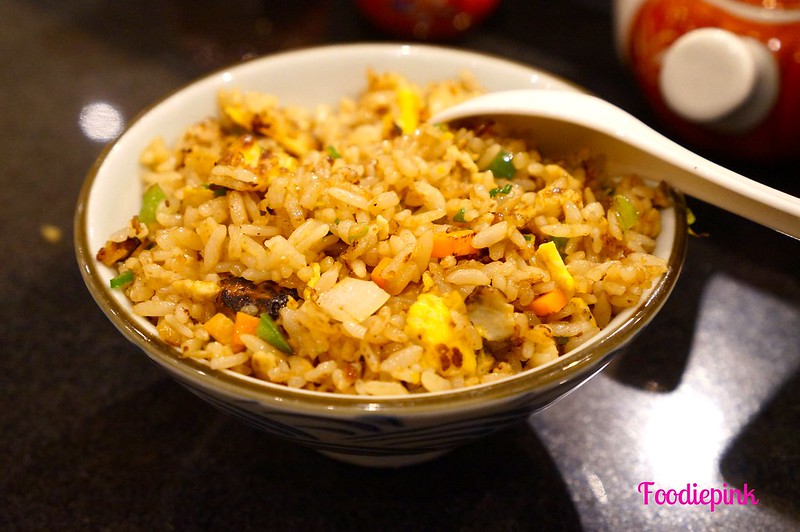 Seafood Fried Rice – Sigh, this was so good. Despite being fried for less than 10 minutes, the fried rice was extremely aromatic, thanks to the copious amount of garlic and the specks of charred bits just make it even more outstanding. Having tried a number of lackluster fried rice, I was impressed that within such a short time, each grain was able to be infused with the fragrance. I’m definitely craving for this right now as I’m typing. 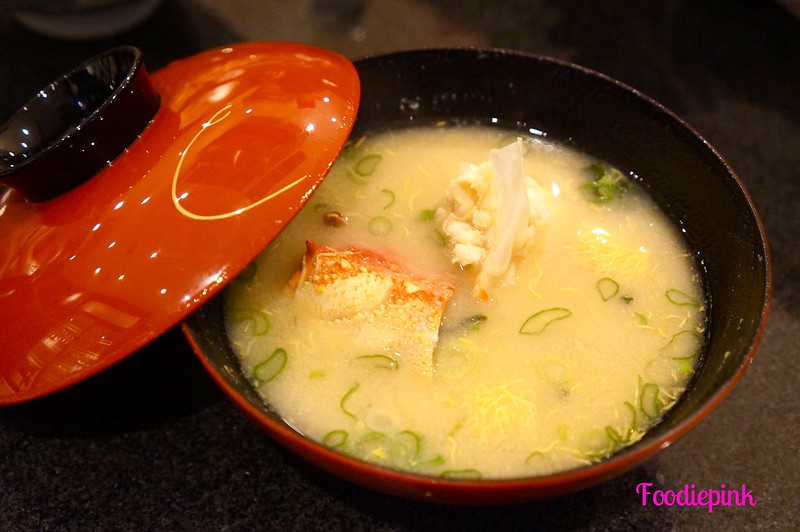 Lobster Head Miso Soup – Maximising the use of lobster, the head was made into miso soup, and served at the end of the meal, with the fried rice. No doubt, the sweetness in the miso soup came from the essence of lobster head. It was a perfect end to a wonderful meal. 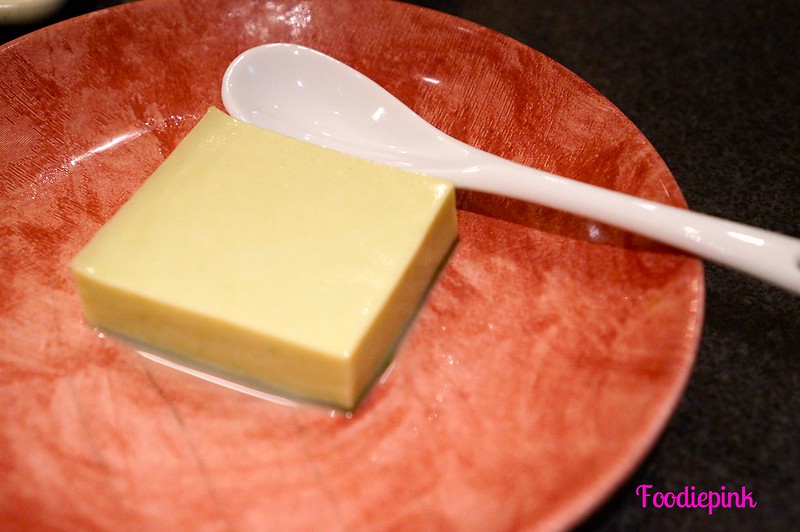 Dessert [Matcha Pudding] – I could do without this and feel satisfied from the meal. Ironically, the lobster miso soup tasted sweeter than this.

Be ready to interact with the chef as he was pulling stunts throughout the meal and making us catch pieces of egg with our mouths. In fact, he tossed a whole egg in the air and made the boy catch it. Thankfully, the egg was safely cushioned in his hands. Your night will be filled with lots of laugh and yummy food at Tatsu. I’ll even say that Tatsu has proven to be one the best teppanyaki restaurants in Singapore.